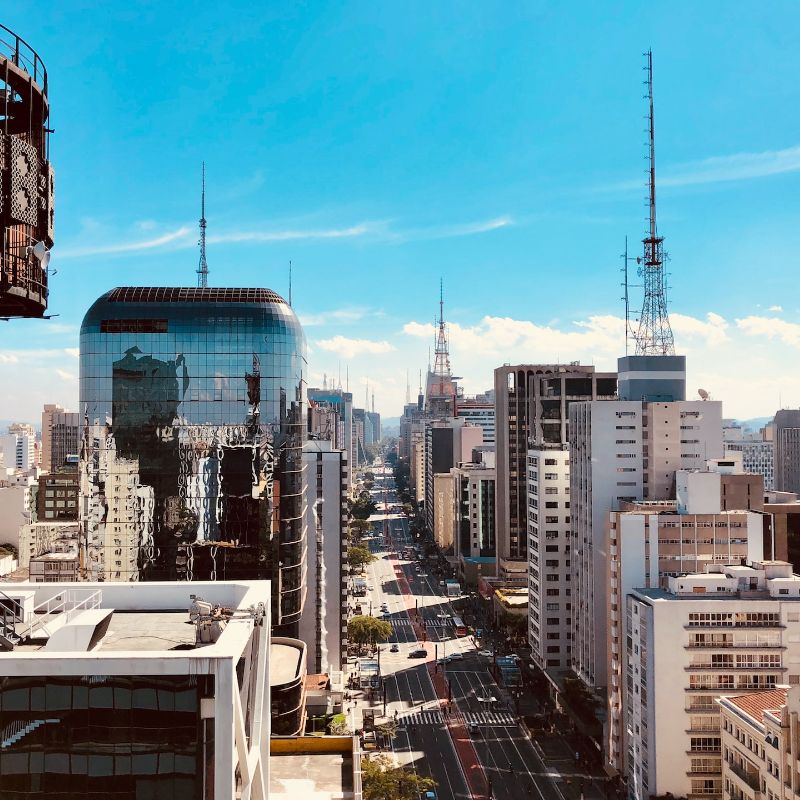 I traveled several times to Brazil during the early 2000s and made good friends in Sâo Paulo. 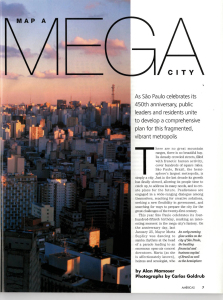 I became fascinated with Brazil’s great industrial powerhouse. I had never before seen a city so immense, so dense yet vast and spread out like a huge human hive. In 2004 when the city celebrated its 450th anniversary I wrote a short blurb for Américas magazine. Later I wrote a feature-length piece called Citizens Map a Megacity. And, in late ’04, I went on a US State Dept. fellowship that supported my work for four months with the regional planning agency Emplasa.