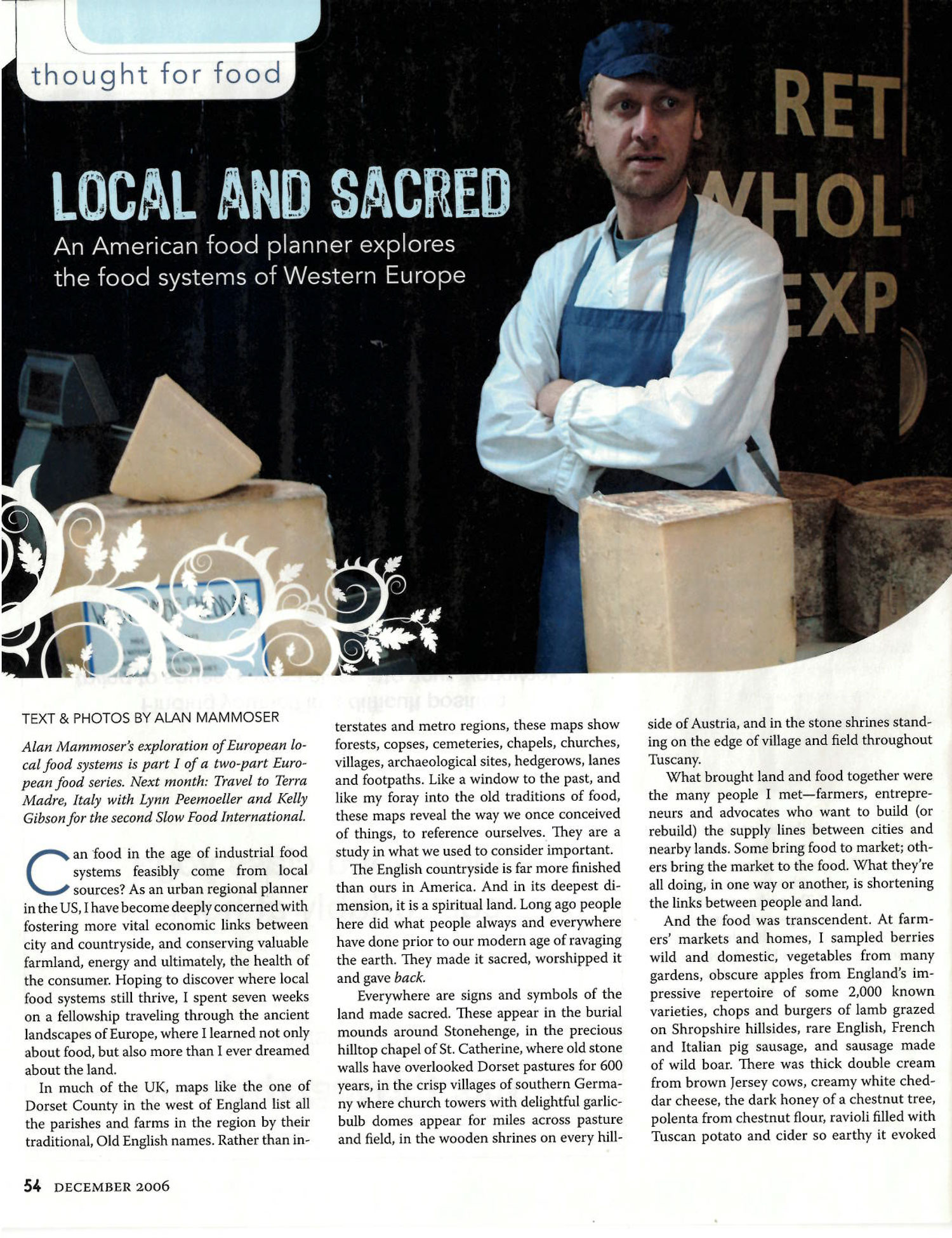 In late 2004 I received a Journalism Fellowship from the German Marshall Fund. Due to work responsibilities, however, I couldn’t leave until a couple years later. In autumn of ‘o6 I traversed six European countries in search of local food, visiting farm markets, meeting farmers, looking at their cheese making, looking at their pigs, watching wine making in Switzerland, it was really wonderful. I went to a big ‘slow food’ expo in Turin, but what I really liked was meeting farmers and seeing the landscape. It is a sacred landscape, in the Old World, that’s what I wrote about in an article called Local and Sacred. The Fund published my article as a commentary in an economic policy report.

Later the following spring I penned an essay for Farming Magazine, in which I tried to express again what I really loved seeing on the journey across Europe. It’s a reflection on that food expo called What I Learned at Terra Madre.